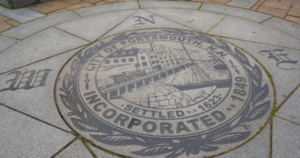 As New Hampshire legislators contemplate the merits of passing a state Right to Work law ending compulsory union dues in the Granite State, one of the factors each may be considering is the political impact of the issue.

And looking at Indiana, Michigan, Wisconsin, West Virginia and Kentucky — the most recent states to pass these laws — the impact has been huge.

This, of course, should come as no surprise as scientific opinion polls consistently show that in forced-unionism states like New Hampshire, fully 60% of voters strongly favor passage of Right to Work laws, while in states where these laws are already in place, typically 80% to 90% of voters approve of keeping their laws.

And while rank-and-file Democrat and Republican voters both favor Right to Work laws and oppose the collection of forced union dues, the reality is that in Democrat primaries the union bosses almost always control the nomination process, thus opening the issue to Republicans.

In all of those states mentioned above, thanks to prolonged efforts of state Right to Work groups, the issue became the lynchpin in turning around the politics of their home states.

Again and again, Right to Work supporters have shown that opposing forced unionism is a winning political issue.

In Indiana, when the fight for passing this law began in 2004 in the union boss-controlled State House, supporters secured a key objective by forcing a procedural vote on Right to Work.

While it took three more election cycles to gain pro-Right to Work majorities in both houses, in 2012 Indiana became America’s 23rd Right to Work state.

Of course Big Labor responded by trying to punish the Republicans who voted for the policy in the elections later that year.

Yet in the 2012 General Election, Republicans both retained the Governorship and the Republican majority in the legislature expanded with the pick-up of nine seats, giving the GOP majorities of 69-31 in the House and 37-13 in the State Senate!

And as of this writing, the Republican House majority is at 71-29, while the Senate Republicans now hold a 39-11 majority.

Right to Work Passes in Michigan, Home of the United Auto Workers

Meanwhile, in Michigan, following Indiana’s example, supporters really began ramping up their efforts in 2008, with the policy getting its first recorded vote that year.

Union bosses there tried to pre-empt Right to Work by enshrining forced unionism in the state Constitution.

But just weeks after their ballot initiative was crushed by a 16-point margin in the 2012 General Election, the new law passed the Michigan House 58-52 and the Senate 22-16.
Then in the 2014 Election, not one pro-Right to Work incumbent lost, while the Republicans expanded their Senate majority to 27 seats, while House Republicans held a 63 seat majority in the following years.

And Michigan Republicans have maintained those majorities through the most recent election cycles.

The 2016 elections brought to the first opportunities for voters in Wisconsin and West Virginia to show politicians what they thought following the passage of those states’ new laws.

But just as we’d seen in Indiana and Michigan, voters in Wisconsin and West Virginia simply refused to play a part in union bosses’ designs for revenge.

In West Virginia, forced-unionism opponents couldn’t afford to lose the vote of a single anti-Forced Unionism state senator when it passed the West Virginia Senate by a bare 18-16 in early 2016.

With the upper chamber’s Republican caucus supplying all 18 votes for Right to Work, it seemed certain union bosses would make it the focus of their efforts in November.
But when the smoke cleared on Election Day, West Virginia voters had rejected Big Labor’s scheme to win control of the State Senate and instead increased the Republican majority from 18-16 to 22-12.

And in Wisconsin, which became America’s 25th Right to Work state in 2015, not a single pro-Right to Work legislator who sought reelection in 2016 lost as Republicans gained an additional seat in both the State Assembly and the State Senate.

Then, Kentucky continued the tide by becoming the 27th Right to Work state in the first week of 2017.

Gains Hold for Right to Work Supporters in 2020

And in 2020, West Virginia and Kentucky both saw their anti-Forced Unionism majorities expand.

The results are unmistakable: Being opposed to forced unionism is not only good policy, it’s sound politics, too.

To read more articles similar to this one, go here.