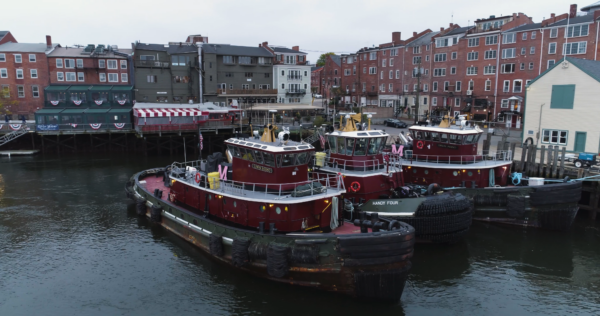 It is well known that Right to Work laws, at the heart, are about individual freedom and the rights of workers to decide whether a union merits their financial support.

After all, Right to Work laws make it unlawful for employees to be fired for refusing to pay union dues.

But beyond individual freedom, study after study shows state Right to Work laws are a boon to state economies where they’ve been enacted.

In fact, Bureau of Economic Analysis numbers show over the past decade, private sector employment jumped 24.5% in Right to Work states, while New Hampshire saw less than half that growth with 11.9%.

Of course, this is no surprise to those who study how and why businesses exist.
In fact, PHH Fantus, the nation’s longtime leading business relocation firm, reports that at least half of all businesses, when seeking to expand or relocate, automatically eliminate non-Right to Work states — states like New Hampshire.

And following the COVID-19 pandemic, states are looking for every possible advantage in attracting jobs.

Those have been good, high-paying jobs New Hampshire is missing out on. The late Rutgers University professor Leo Troy, widely recognized as one of the preeminent labor economists in America, observed in a 2006 study that “right-to-work laws are strongly correlated with faster growth in jobs and personal income.”

In a journal article published in early 2010, Ohio University economist Richard Vedder, the author of more than 100 academic papers as well as several books and a specialist in labor, taxation and education issues, reported his finding that there is a “very strong and highly statistically significant . . . positive relationship between” Right to Work laws “and economic growth.”

And a more recent study conducted by Dr. Barry Poulson — a past president of the North American Economics and Finance Association and economics professor at the University of Colorado — showed even more striking results. Dr. Poulson found that families in
Right to Work metro areas have nearly $4,300 more in purchasing power than families in non-Right to Work metro areas.

While New Hampshire’s low taxes have long given the state an advantage over many states, Right to Work states still hold a $2,200 edge over the Granite State in real private sector compensation per employee.

And using the most recent states to pass Right to Work laws as examples, ending forced unionism in New Hampshire would mean an instant boost to the Granite State economy.

For example in just the first eight months after the Indiana Right to Work Bill was signed into law in 2012, the Hoosier State gained over 100,000 new jobs according to the Bureau of Labor Statistics.

Prior to passing Right to Work, Indiana was one of only six states where worker compensation declined from 2001 to 2011, according to the U.S. Department of Commerce.

But after passing Right to Work, worker compensation grew almost twice as fast as it did in forced unionism states from 2003 to 2013.

Ten months after Indiana ended forced unionism within its borders, Michigan passed its own state Right to Work law.

With the law going into effect in March 2013, it was immediately clear that Right to Work had a positive impact on Michigan’s economy.

In fact, in Michigan’s first 19 months with Right to Work the state had a 3.3% gain in manufacturing employment, far outpacing forced- unionism states, which clocked in at a dismal 0.6%.

According to the Bureau of Labor Statistics, over the past decade civilian non-institutional employment in Michigan grew by 11.9%, a rate nearly fifty percent greater than New Hampshire during that same time period.

And, over its first 12 months as a Right to Work state, from February 2015 to February 2016, Wisconsin gained 49,100 private sector jobs — a level of job growth the state hadn’t seen in over a decade.

Finally after Right to Work went into effect in January 2017, the Bluegrass State saw $9.2 billion in new business investments that year, nearly doubling its previous record, and bringing over 100,000 new jobs to Kentucky.

These of course are businesses and jobs the Granite State would love to host.

“Now, as the numbers show, Right to Work could boost New Hampshire as well.
“It’s time for an injection of the Right to Work principle to get the Granite State economy back in top gear,” said Boedeker.