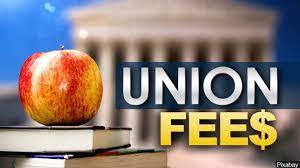 Patrick Doughty and Randy Severance, New Hampshire workers, are standing up against the State Employees’ Association (SEA) after being illegally forced to pay dues even though they didn’t want to join the union. The National Right to Work Legal Defense Foundation has taken up their cause and are suing SEA for illegal forced dues on innocent hard-working citizens like Doughty and Severance.

Here’s what National Right to Work Foundation President Mark Mix had to say on the matter:

“Union bosses violated the rights of workers in New Hampshire and across the country for decades and now they must return a few years of those ill-gotten gains. […] The Court should grant Doughty and Severance’s petition and make it clear that union bosses cannot simply pocket the proceeds of their unconstitutional forced dues scheme.”

Mix further noted that New Hampshire does not have a right-to-work law “that ensures union membership and financial support are voluntary, not coerced,” otherwise the lawsuit wouldn’t be necessary. “Had union dues been voluntary during the period covered in the lawsuit, union officials could not have seized forced fees from unwilling workers to begin with,” he said.

To read more on the situation, go here.